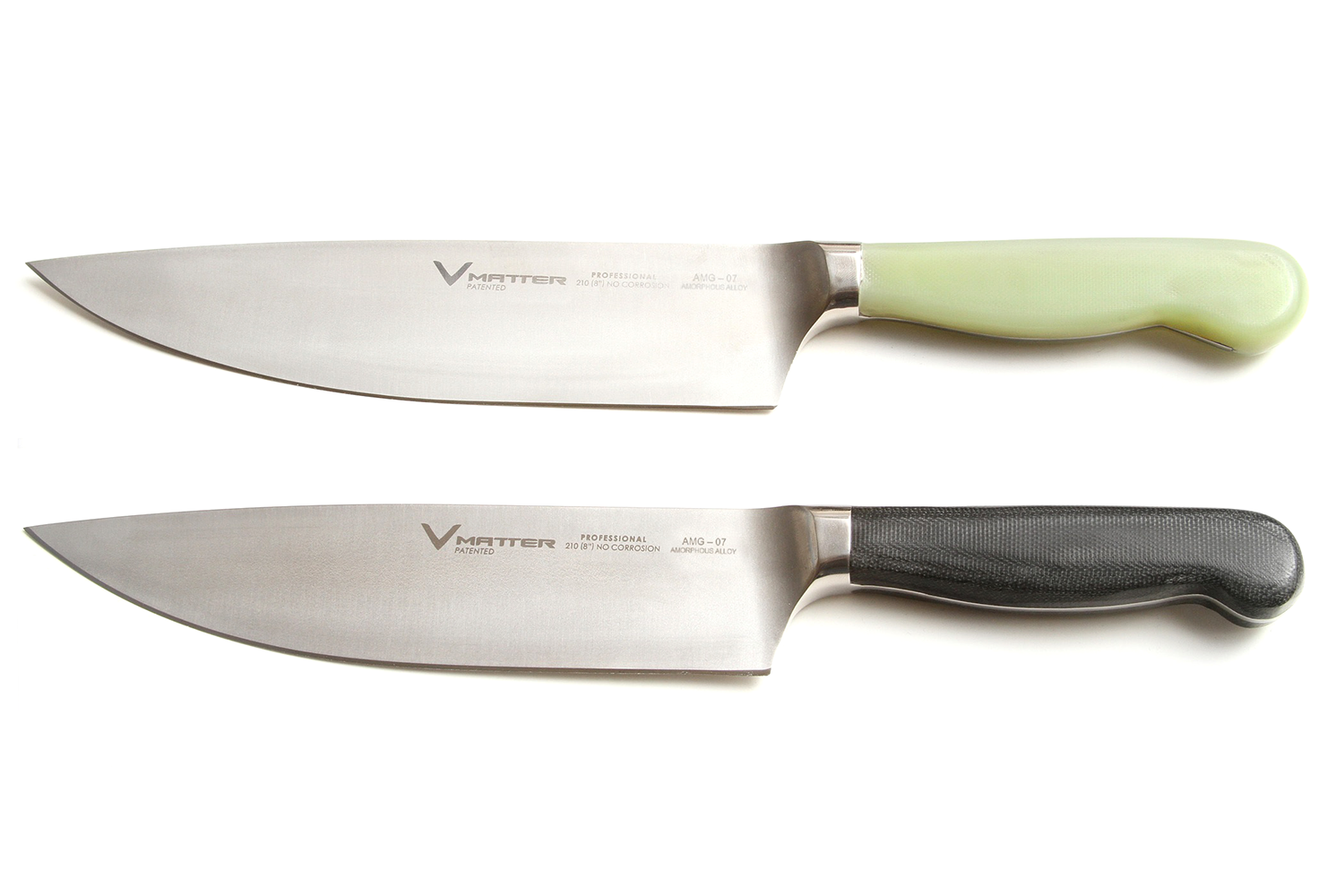 VMatter Cutlery’s crowdfunding campaign to finance development of a retail-ready set of kitchen knives finished successfully on Friday, October 18 with just over $100,000 raised to launch the knife into the retail market. “We’re busy designing the other three knives [in the retail set] and going through the prototyping process to get those knives ready to roll out,” said Blair Dahl, President of VMatter.

The campaign got some unexpected last-minute help from an unlikely source: a call from John Pozadzides, co-host of Geek Beat, a popular online videocast, as well as chief excutive of Geek Beat’s parent company, Livid Lobster. Pozadzides is also a bladesmith, and what he’d heard about the knife had piqued his interest, Dahl said.

He asked for a knife to try, and Dahl shipped it right out. That call came on Wednesday, two days before the end of the campaign, the video of Pozadzides’ test went up on the Geek Beat site on Wednesday night, and by the next day, that video had had more views than the campaign’s crowdfunding site. The last-minute exposure helped push the campaign over its $100,000 goal.

The knives to fulfill the crowdfunding campaign promises will be ready for delivery around the end of November, and after that, Vmatter will begin production on knives for a limited retail roll-out. “We have been getting quite a few inquiries from retailers interested in carrying the knives,” Dahl said.