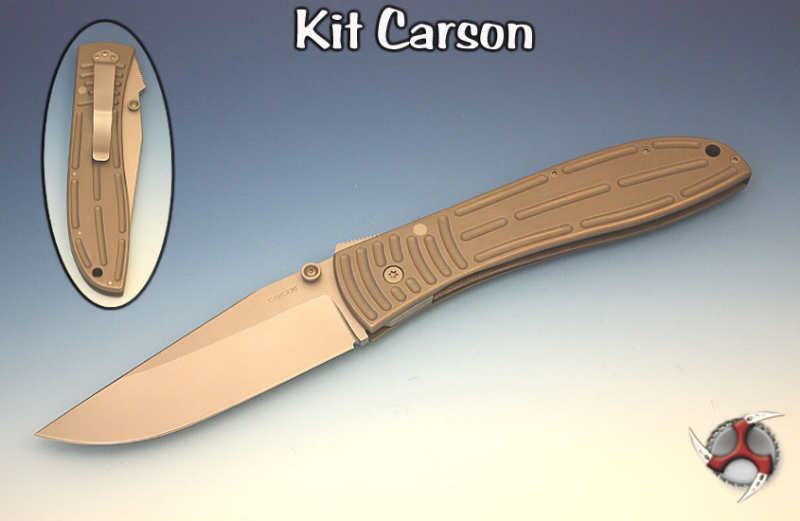 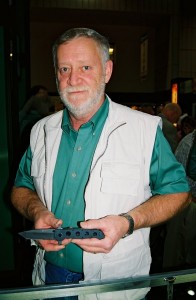 Kit Carson of Vine Grove, Kentucky, long-time knifemaker, Army veteran and member of the BLADE Magazine Cutlery Hall Of Fame©, passed away Friday, Sept. 5. He was 63.

Harold Joseph “Kit” Carson grew up in Georgia and was always interested in any and all things mechanical. He also enjoyed the beautiful outdoors of North Georgia as he grew up and as he spent time in the wild as a hunter and fisherman. When you have a man who loves mechanical things and the outdoors who also makes knives, you know he’s destined for greatness.

In 2012, Kit was inducted into the 2012 BLADE Magazine Cuterly Hall of Fame. He was unable to accept the award in person, but Rod Bremer accepted it in his place and read the following excerpt from a letter Kit had written:

“I’ve carried that passion to find innovative and creative things to make things work better throughout my life. After high school I served a four-year apprenticeship here in Atlanta, finishing in 1972. That year I started making knives and I was also drafted into the Army. . . . It was during my last 10 years in the Army that knife making became extremely interesting and a challenging hobby and a passion. Those were extremely rough years, long hours as both a soldier and knife maker while always trying to ensure that our kids had a sandwich and a lunchbox. Working in small sheds, basements, garages, or wherever I could find space in government housing, off-post apartments, and houses, to grind a blade shape, a handle, or try to figure out how a locking mechanism worked.”

From this section of his speech, you can learn a couple of different things about Kit. First, this Kentucky knife maker served in the Army. He served for 20 years, and he retired from the army as a master sergeant in 1993. Since ’93, Kit has been a knife maker full time, and he’s done great work since then thanks to his astounding dedication to the industry, among other things.

Contributions to the Knife World

Aside from his induction to the Hall of Fame, Kit accomplished a lot during his career as a knife maker. He is probably most recognized in the knife world for popularizing flippers in folding knives via the CRKT M16 series.

There doesn’t seem to be a clear consensus on who invented the first flipper, but it seems like most people acknowledge that it had been made prior to the M16’s production. However from what I’ve heard from others and read on knife sites and forums, it’s very clear that Kit is the knife maker credited with breathing life into the flipper and helping it reach the popularity it has gained today.