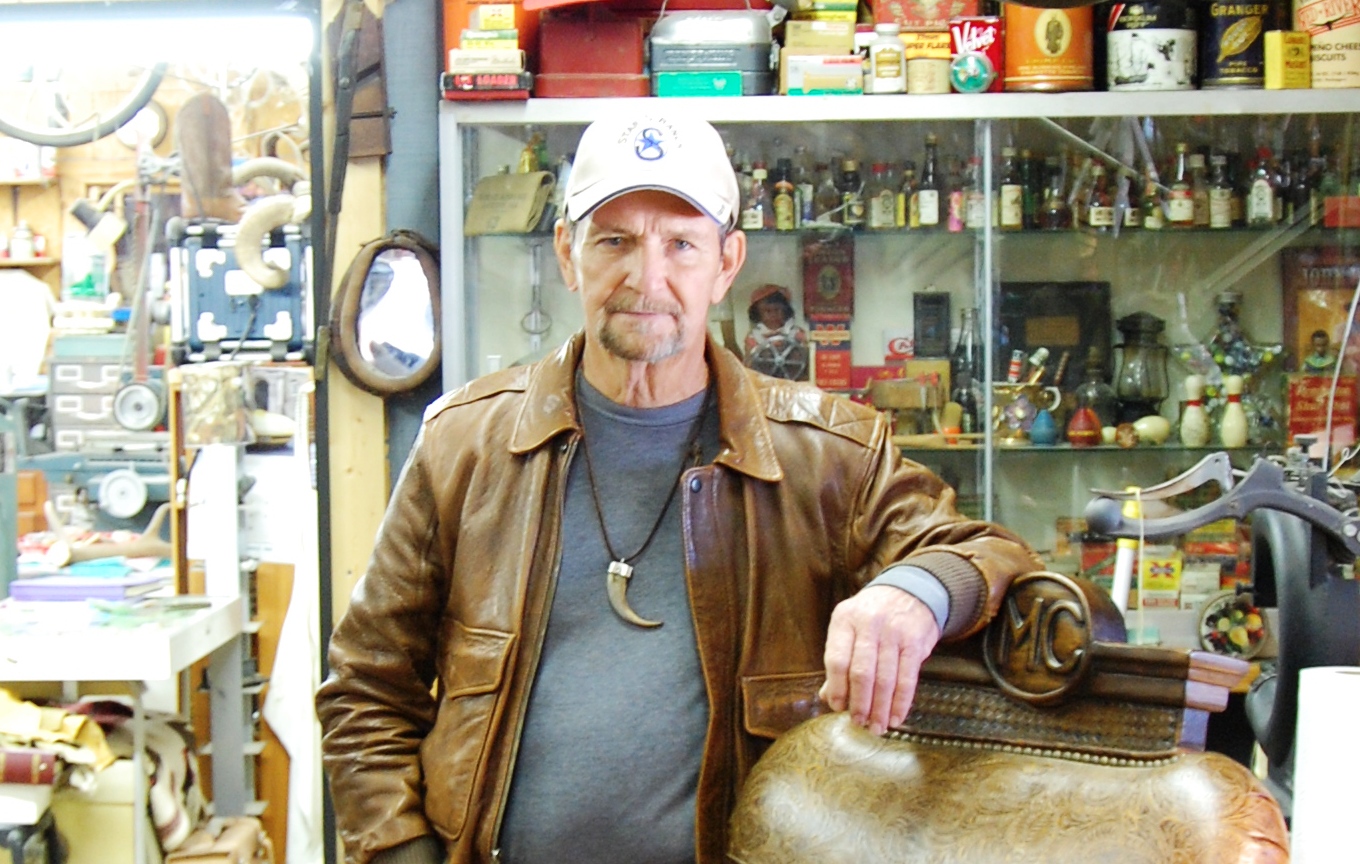 The Man of Many Talents, Ernie Self

This month’s featured blade smith is Ernie Self of Dripping Springs, TX. Ernie is a master by all accounts and has made thousands of knives. Notables include Ernest Tubb, Mel Street, Mickey Gilley and other famous country musicians only add to his credit and legend. We found that Ernie is a man of many passions and talents including fine leather working and gun smithing. We visited Ernie at his ranch and talked to him about his knife making career.

BSN: How long have you been making knives and what got you started making knives?
ES: I’ve been into knives 55 years. I sold my first knife 35 years ago for $20. My grandfather got me started on making knives when I was young.

Ernie directs us to a glass case on the wall and it’s full of knives, scissors, forks, swords, blackjacks and guns where he shows us a wire damascus knife roughly 2 feet long that his grandfather made. Everything in the case has a rustic, but fine quality to it and he can tell a story about every piece.

BSN: What were you doing before you started making knives?
ES: I was a rancher. I raised quarter horses. Some for the sheriff’s department so they could shoot off of them. I only retired from ranching 20 years ago, but I was making knives the entire time I was ranching. I decided to give up ranching and focus on other things. Now I don’t own anything that even smells like a horse.

BSN: What’s been the biggest challenge for you when making knives?
ES: When I started I threw away 65 pieces of steel just getting the hollow grind down, but the biggest challenge is getting the proper tools to make a knife. There’s a lot of wanna be knife makers out here calling themselves “knife makers” when they are only “knife enthusiasts”. Without the proper equipment you can’t make a knife. After I bought me a fixed speed, burr king grinder 38 years ago from Burr King in California I started teaching myself, but without this piece of equipment I wouldn’t be able to learn anything. Then you have decide if you want to flat grind or hollow grind. Or maybe both.

BSN: There are several stages in the knife making process. Which is your least favorite and which is your favorite?
ES: I like it all, to be honest. I enjoy making knives so there’s really no part about it that I don’t like. I like the beginning, middle and end. I just like making knives, but I guess if I had to choose one I like doing file work. I like making fancy knives.

BSN: So how many knives are you making a year?
ES: I made 60 knives last year. I’m only making 50 this year. I make about 5 different styles of knives and I don’t even order a piece of steel unless it’s already bought and paid for. So I don’t make anything unless someone has ordered it already. 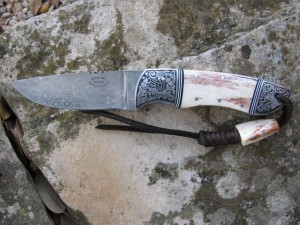 BSN: Do you think you’ll ever stop making knives?
ES: Probably not. Not until I can’t any more.

BSN: Who are some of your favorite knife makers?
ES: You ain’t going to tell him are you? No, Johnny Stout has always made great knives. Me and Johnny used to travel together. Knife shows and whatnot. I also like my nephew’s knives, Richard Self. I taught him to make knives. Richard is a perfectionist though like Johnny. I’ve seen Richard throw away a $3,000 knife because there was some imperfection he saw in it. I also like A.T. Barr. He makes a good knife.

BSN: What do you think about the current knife community?
ES: I’ve met some of the nicest guys in the knife community. Now, some of them have big heads and think they’re better than everyone else, but for the most part they are normal guys like you and I. I get along with most people who make knives. We have something in common, you know.

At this point in the interview Ernie rated one of the knives that I had personally made and brought him to take a look at. He rated my knife a 6 out of 10. Ernie then told why he rated it so low and gave me a quick lesson on what I’d done wrong. He was 100% right. Ernie Self took down his website years ago and only sells knives by word of mouth at this time. Blade Smith News appreciates the time Ernie took out of his busy day to speak with and let us ask him these questions.

To reach Ernie you can email here:
ernieself@hillcountrytx.net

An Ernie Self original: 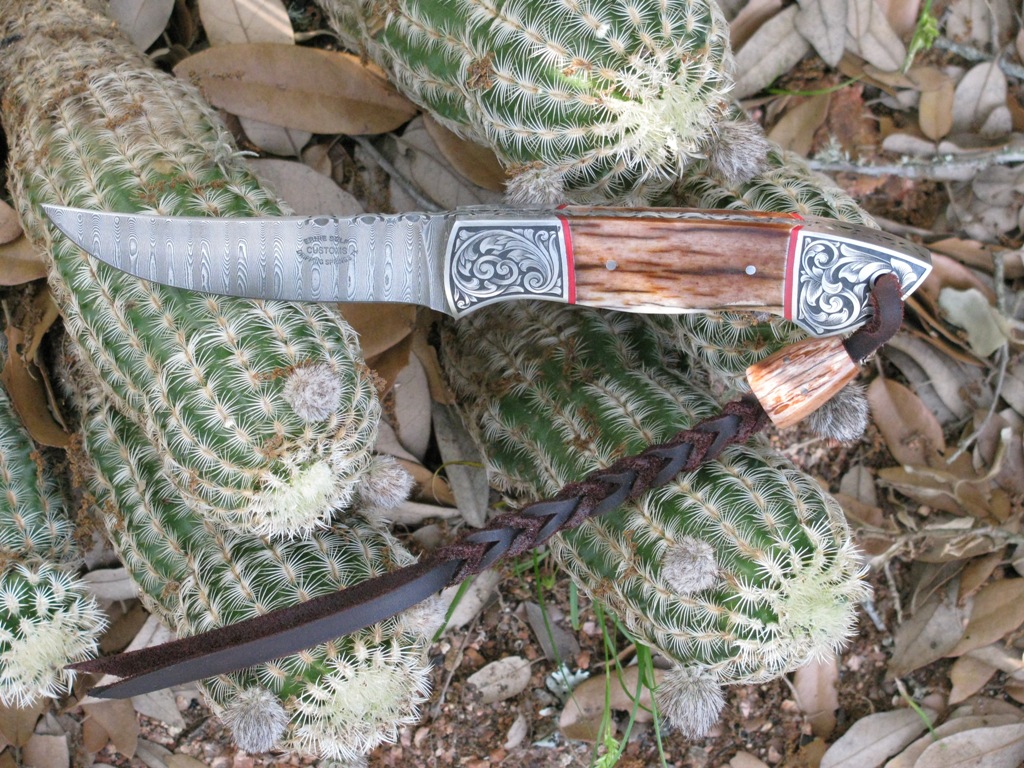