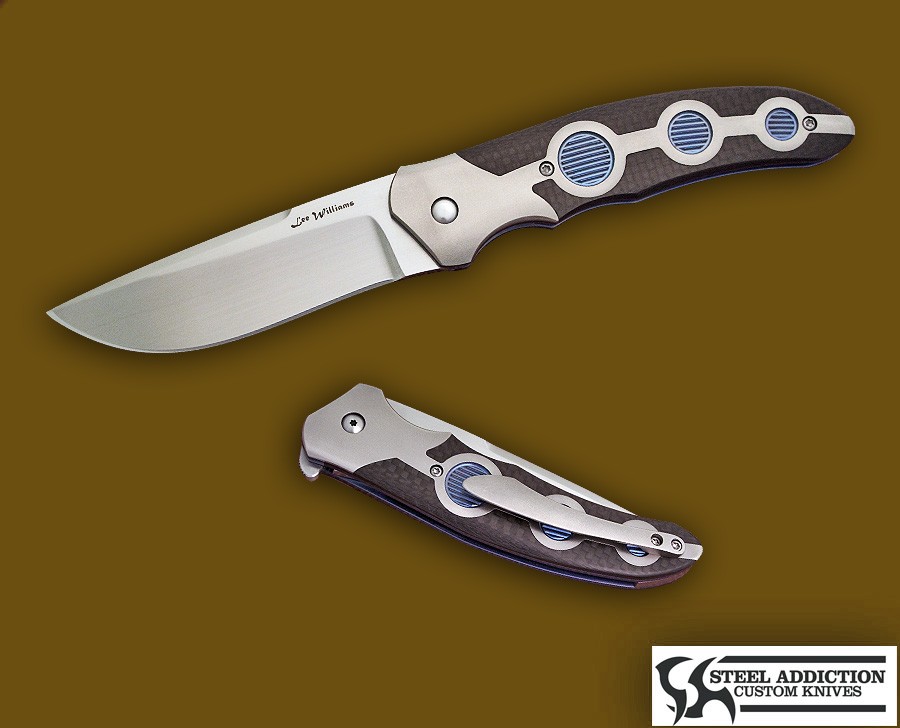 When established knifemaker Lee Williams met Donna, little did he know that he had a future knifemaker on his hands!

hus wifeAs husband and wife, Lee and Donna Williams collaborate on the usual things, like what’s for dinner or where to go on vacation. So why not team up on making knives?

When Lee, already an established knifemaker with a large collector base, met Donna, little did he know that he had a future knifemaker on his hands, or a beautiful and devoted wife!

In a feature article titled “Mr. and Mrs. Sharp” in the June 2015 issue of BLADE®, writer Pat Covert tells Lee and Donna’s story and shows some of the knives Lee has fashioned recently on his own, and collaborative pieces the couple has made together before and after marrying in July of 2014.

CherubAs Lee notes, “I started making knives in 2001. I had set up a small machine shop in my garage around 1996,” he recalls. “In November of 2001 I decided to make knives for my siblings as Christmas presents. Twenty-something knives later I had managed to finish knives for all of them, plus their spouses, before Christmas that year. I wasn’t completely satisfied with those first few knives and started doing a lot of research on the Internet.”

To read the rest of the story, see the June 2015 issue of Blade Magazine.