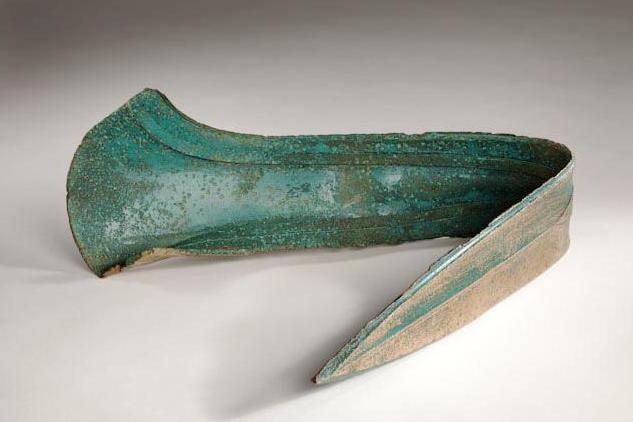 NORWICH, England, Nov. 26 (UPI) — A British museum said it paid nearly $65,000 for a Bronze Age dagger found by a farmer who was using it as a doorstop.

The Norwich Castle Museum said the 21-inch ceremonial dagger, believed to be about 3,500 years old, had been serving as a doorstop at the home of a Rudham farmer who discovered it on his property until he had it examined by experts.

The item, dubbed the Rudham Dirk, was examined by Norfolk’s Portable Antiquities Scheme and found to be of “incredible importance.”

The British Museum said similar daggers discovered in Europe include one in Oxborough, England; two in France; and two in the Netherlands.

“We are delighted to have secured such an important and rare find as this, which provides us with insights into the beliefs and contacts of people at the dawn of metalworking,” he said.