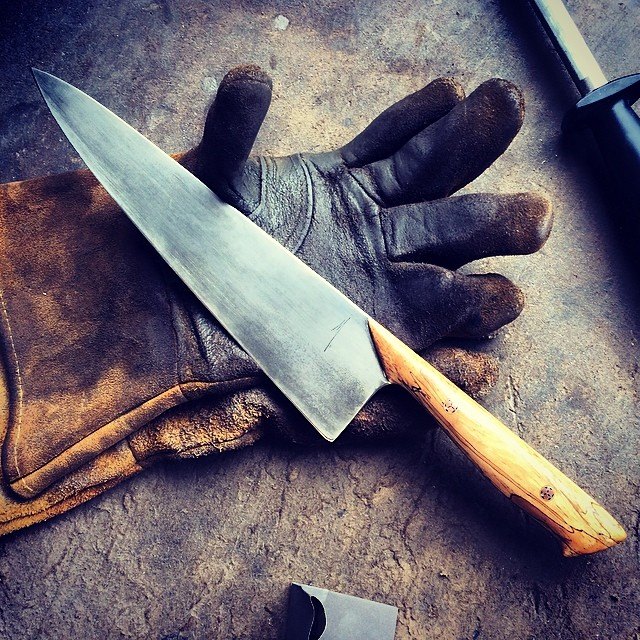 Moriah Cowles and Chelsea Miller are both 30 and slender with long dark hair. Both grew up in Vermont with fathers who work with their hands and both now do the same in Brooklyn where they have each built a reputation for crafting high-end kitchen knives.

Although neither likes to make a big deal about it, the two young women have also made their mark in a traditionally male-dominated field.

At the very end of 2012, Miller landed on the highly regarded annual 100 list published by “Saveur” magazine, which called her “beautiful” knives “at once sensuous and solid, whimsical and practical, rough-hewn and precise.”

In July, Cowles and her “amazing … perfectly balanced knives” were featured in an interview on the website of internationally renowned chef-restaurateur Marcus Samuelsson.

“When I heard there was another girl from Vermont making knives in Brooklyn,” Miller said recently, “I couldn’t believe it.”

While the two have much in common (including busy schedules that have, so far, precluded them from meeting in person), each has her own story and style, shared recently on trips home before the holiday gift season engulfed them.