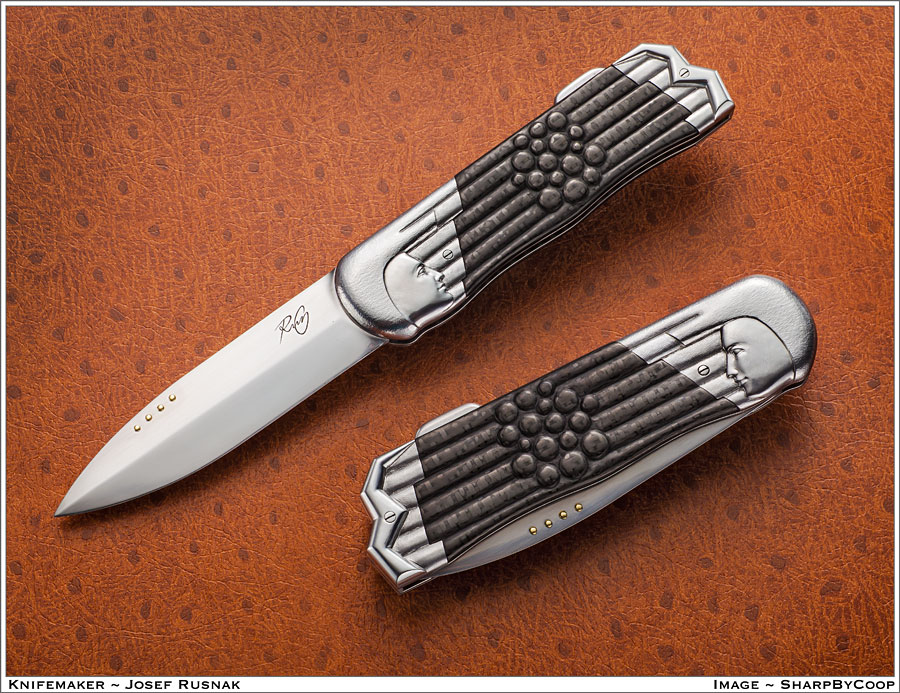 This custom knife made by Josef Rusnak is one of about 150 that were stolen from KnifePurveyor.com. (SharpByCoop photo)

Michael Donato, owner of KnifePurveyor.com, said the knives were stolen from his luggage at the Raleigh-Durham International (RDU) Airport that serves the Raleigh-Durham area of North Carolina. He was returning from the East Coast Custom Knife Show held Feb. 28-March 2 in Jersey City, New Jersey.

Custom knives by some of the world’s best knifemakers were included in the luggage. For a complete list of them all, contact Donato at mdonato@knifepurveyor.com or call him at 646-872-0476.